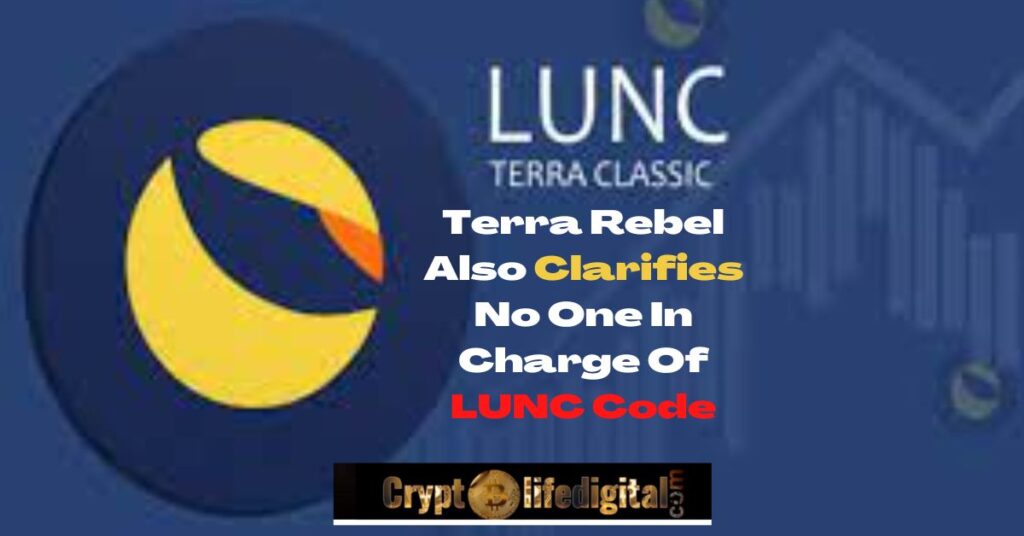 The burning issue in the LUNC community has just been cleared by the team behind the revival of the LUNC token as Alex Forshaw shared on his Twitter handle saying his proposal has nothing to do with the minting of a new LUNC token anymore while the Terra Rebel stated no one is in charge of code in LUNC code.

Read Also: Shiba Eternity Is Now Available For Global Download By Both Android And iOS Users: Check The Detail

The above statement came as a result of the argument in the LUNC community came as a result of a new proposal brought up by one of the core members of Terra Rebel which stated a total of 500 billion LUNC will be mint to acquire Bitcoin for the Terra Classic re-peg.

Following the unveiling of the proposal, a Terra classic core developer shared on its Twitter handle saying that as there are better ways to re-peg order than minting new LUNC token, most of the community members go with his statement.

Read Also: A Whopping 46,173 BTC Since September 27 Have Been Accumulated, and 15,000 BTC Is Transferred To Houbi Global.

Furthermore, the Terra classic developer AKA Zaradar said that he was in charge of the codes and as a result, no one would be minting new LUNC. Following this statement, the whole community grumbled about the whole ownership of the LUNC code.

Terra Rebel Clarifies No One Is In Charge Of LUNC Code

Alongside the clarity of Alex ForShaw saying that his proposal doesn’t need minting of a new LUNc token, the terra Rebel responded to Zaradar’s statement by saying the chain will not be subject to centralized control.

Per Terra Rebel; “Just for clarity, no ‘one’ is in charge of LUNC code.”

It is worth noting that the same Zaradar is working on another proposal through which Terra repeg can be done, the whole community currently await the plan which will be released in two weeks.

The Complete breakdown of the awaited Zaradar’s plan is highlighted on his Twitter handle thus;