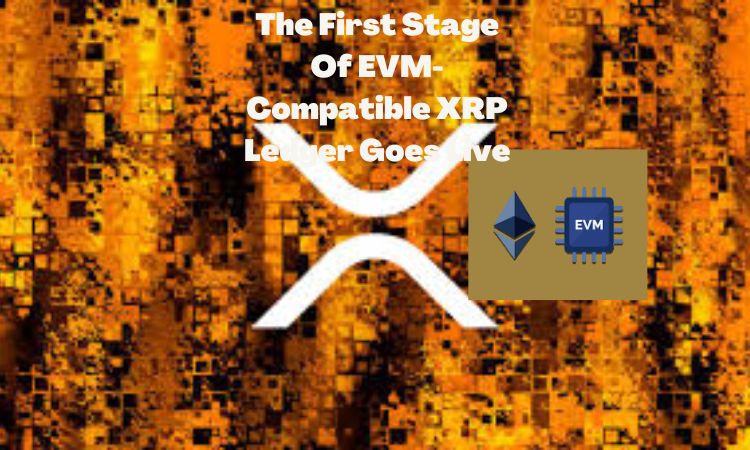 In a recent tweet shared by RippleX, Introducing the first phase of bringing an Ethereum Virtual Machine (EVM) sidechain to the XRP Ledger.

The XRP ledger seems to have been behind the curve in blockchain interoperability with the EVM, despite seeing massive growth in recent years. The whole thing will enter another level as the launch of the testing phase of XRPL’s EVM-compatible sidechain, as announced by the official Twitter account of XRPL Developers, RippleXDev.

Read Also: Binance Exchange Remains Committed To Its Promise To LUNC Network As It Burns Over 2.5 Billion LUNC Tokens

It is worth noting that Ethereum presently holds the position of the most versatile and utilized blockchain in cryptocurrency.

As popularly known that EVM is a program designed to execute smart contracts and computation of network states on Ethereum and has been implemented by several blockchain developers to launch dApps fully compatible with the Ethereum network.

Read Also: LUNC Community Waxes Stronger In Its Support For LUNC Project As An Anonymous User Support Terra Rebel With Over $19,000

On this premise, Ethereum Virtual Machine developers are being called on to start the deployment tests on the recently-introduced sidechain as the bridge’s first stage goes live on the XRPL Devnet. This test is to be done while the feedback will be awaited on the  XRP Developers Discord channel.

The Software Engineer at Ripple, Mayukha Vadari, reveals the benefits that the developers would get as a result of the sidechain which is not limited to the high throughput and low transaction costs.

Phases of the Sidechain

There are three phases in the sidechain as highlighted by the Vadari which include;

“Throughout all three phases, the EVM sidechain will feature block and finality times comparable to the XRPL Mainnet and support Ethereum smart contracts and applications like Metamask, Remix, and Truffle,” Vadari added.