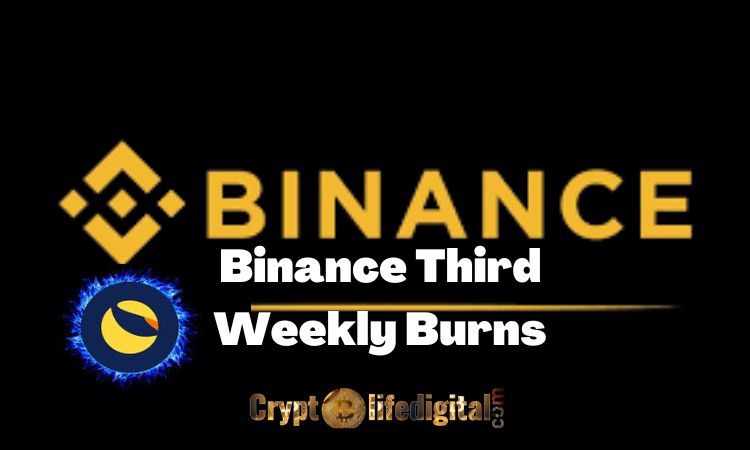 As Binance is known for its strong supporting act, it has shown it again as it burns a whopping 2.5B Terra Classic (LUNC) tokens ($659K+) in its third batch of weekly off-chain burns.

The low trading volume has not made the largest crypto exchange grow wearied as it has vouched to fulfilled its word towards the LUNC burn.

Read Also: LUNC Community Waxes Stronger In Its Support For LUNC Project As An Anonymous User Support Terra Rebel With Over $19,000

The transaction record shows that the recent Binance LUNC burn happens exactly on October 17, 1:38 PM (GMT+1). Despite not explicitly ascribing the burn to Binance, the sheer magnitude of the transaction and the time of occurrence point to the exchange.

This burn placed the total Binance Burn to 11 billion points in just three weeks. For instance, the first-ever Binance burn claimed a total of 5.5 billion which was not that pleasing to the LUNC community and following this was the almost 3 billion burn.

Read Also: Allnodes Burns Over 56 Million LUNC Tokens And Plans To Initiate Weekly LUNC Burns Till The End Of 2022

Binance will soon update its official announcement page on the LUNC burn transactions before long, as initially promised.

Per the recent Cryptolifedigital report, the LUNC network becomes the 60th largest in terms of TVL.