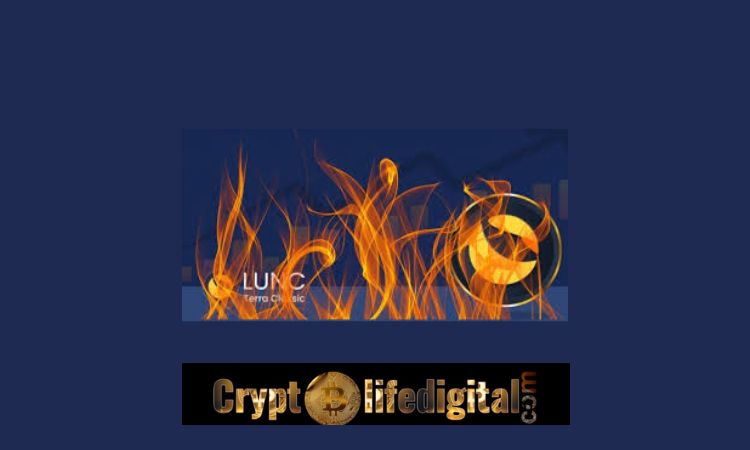 In the past week, a total of 3.21 billion LUNC was removed from circulation as stated by LUNC burn data.

The data revealed that on 17th October, total LUNC burns were 19.5B, more also, on Sunday, October, 23rd,  total burns reached 22.7B. So 3.2B LUNC were taken out of the circulating supply in the past week.

3.21 Billion LUNC Is Removed In The Past Week

Over 3 billion LUNC has been incinerated in the past week and the recent addition came from the 0.2% burn tax and the voluntary efforts made by exchanges to burn fees for Terra Classic spot and margin trading pairs.

It is no doubt that Binance had done dramatically in the ongoing LUNC burn as its late burn was 2.5 billion summing its total burn to 11 billion.

The first of its LUNC claimed a total of 5.5 billion while the second round took away almost 3 billion from circulation.

Read Also: Get The Best Out Of Web3 Project Through DutchDAO (Freelancing Community)

It is worth noting that the LUNC burn rate was boosted by the massive burn as a result of the LUNC 1.2% tax burn proposal but has led to the decline of the LUNC trading volume.

Terra classic community decided to maintain the trading volume and concluded to reduce the parameter from the former 1.2% to its current 0.2%.

According to the record, 168M LUNC have been burned by 0.2% tax alone till today since it went live on October 19.

It seems the reduction of the tax burn parameter is working as expected as the LUNC trading volume spike as noted in a recent tweet shared by Classy crypto.

Recall that the reason for the reduction of the tax burn parameter from 1.2% to 0.2% was that the former resulted in a decline in the trading volume.