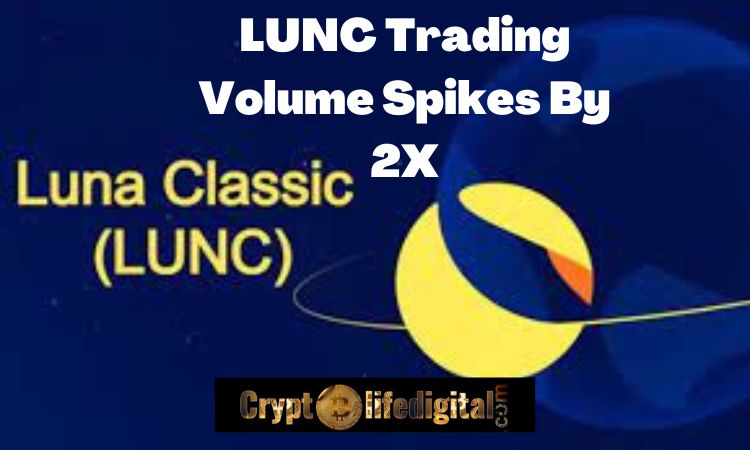 It seems the reduction of the tax burn parameter is working as expected as the LUNC trading volume spike as noted in a recent tweet shared by Classy crypto.

Recall that the reason for the reduction of the tax burn parameter from 1.2% to 0.2% was that the former resulted in a decline in the trading volume.

Read Also: Ripple Says SEC Has No Legal Proof To Qualify XRP As A Security

Per Duncan Day, the author of the proposal; “Gentle reminder that we need to measure this 7-days post-tax to give a reasonable assumption that it has increased volume on-chain,” Day wrote. “Given that I found 7-days enough to determine burn tax efficacy, it is only fair to give the same objective viewpoint here.”

However, following the reduction of the tax burn parameter, the community expect a spike in the trading volume and burn rate.

Binance’s CEO noted that lower tax leads to greater burns. At the moment, the effect is only prominent on the trading volume while there have not been desired effects on burns.

For example, before the change on October 18, the tax burned over 190 million LUNC, compared to 158 million LUNC burned on October 19, with about double the volume, representing a 17% decline.

According to the LUNC Burner’s data, the reduction in the LUNC burn is more prominent on the 20th of October with almost 49 million LUNC burned via the tax which represents a further reduction of about 69%.