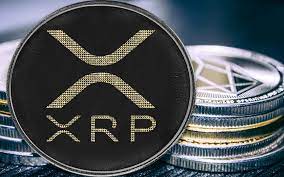 Per data from the whale alert, a whooping 421,219,375 (421.21 million) XRP tokens have been shuffled between cryptocurrency exchanges and unknown wallets over the last 24 hours. At the current exchange rate, the funds were worth $379.58 million.

As gotten from the whale alert, these transactions mainly involved Ripple’s ODL crypto exchange partners like Bitso and Bitstamp.

The first transaction which was initiated about 16 hours ago, transacted a total of 30 million XRP coins worth $10.61 million to an address on the Bitstamp exchange from an unknown wallet.

Taking it close, another transaction which sent a total of 165 million XRP worth around $58.98 million from the FTX cryptocurrency exchange to an unknown wallet.

An address on the Bitso exchange, a Ripple’s ODL partner, received a total of 30 million XRP ($10.73 million) from an unknown.

Not long after this, a total of 40 million worth approximately $14.35 million was sent to an address on the same Bitso from an unknown address.

Also as gotten by Whale Alert, a whopping 40 million XRP worth $14.35 million was sent from an unknown wallet to the Bitstamp exchange.

Another whooping 50,119,375 XRP worth $17.9 million were sent to an unknown wallet from the Bitstamp exchange.