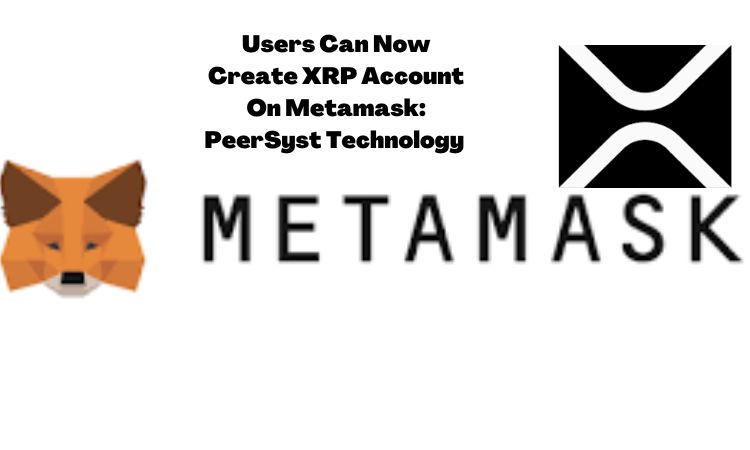 Following the announcement of the EVM-Compatible XRP ledger, PeerSyst Technology asked the XRP holders to create a Metamask account as the guide on how users can do this will be released today to enable users to test the sidechain.

It is worth noting that PeerSyst Technology is currently working hands with Ripple developers to roll out an Ethereum Virtual Machine (EVM) compatible side chain for the XRP Ledger (XRPL).

Read Also: Terra Classic Community To Implement Proposal 5234 That Will Reduce The Tax Burn From 1.2% To 0.2%

Asides from the above benefits, there is a lot for the developers which could not be realized unless the EVM-XRPL go live as stated by the software Engineer at Ripple.

Furthermore, holders will soon be permitted to access a rich ecosystem of decentralized apps (DApps) and decentralized finance (DeFi) via XRP. And through this, the XRP will be exposed to a greater level of adoption as the sidechain promises a throughput of about 1000 transactions per second (TPS) with low fees.

It is worth noting that the developers go with the creation of a sidechain instead of making the XRPL EVM-compatible as it risked compromising the XRP ledger’s security and stability.

As reported yesterday, the EVM-compatible XRPL will launch in three different stages and the final will be concluded in the second quarter of 2023.

The new development is pleasing to the community as many of the members came to the air to unveil their reaction towards it.

It is worth noting that while Ripple currently faces serious resistance from the US commission, the XRPL sees diverse development. For instance, developers at XRP ledger recently launched a fiat on/off-ramp and extended the multisig list for multisig addresses.