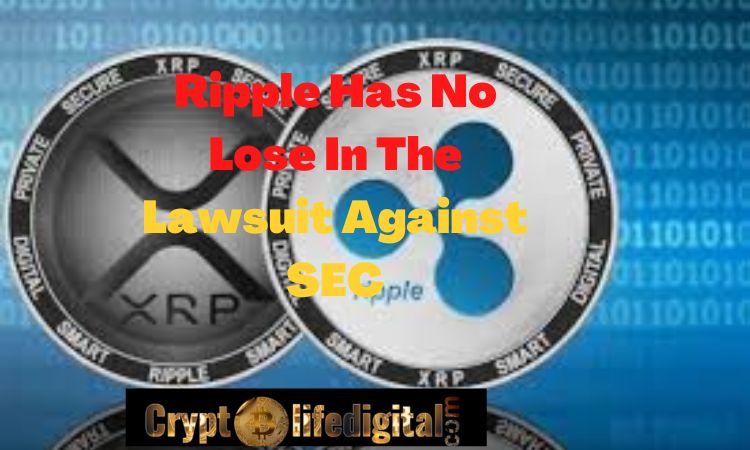 According to the YouTube Channel, a Digital channel that usually shares updates regarding XRP, recently responded to images on Twitter showing Ripple’s advertisement on different sections at the World Trade Center in New York, this Prompted Digital Perspective to say Ripple has no lose in the ongoing lawsuit.

The images show different Ripple-related ads at the World Trade Center, with the images having some interesting captions like “Swift isn’t fast enough.” “Move values across borders instantly with Ripple’s crypto solution for business.” “Shift your business to carbon neutral.”

Following this new development, the XRP community reacted in a good way it commending the team behind Ripple for such an initiative. Digital Perspectives is among those who reacted to the Ripple ads.

Ripple Has No Lose In The Lawsuit Against SEC

In another tweet shared yesterday, Digital Perspectives noted that Ripple’s advert at the NYC World Trade Center is a clear indication that the blockchain company is not planning on “losing”.

It noted; “Now we’re talking! Doesn’t look like the posture of a company that plans on losing to me, now, does it?” Digital Perspectives tweeted in reaction to the ad.

The tweet revealed the mindset of Digital Perspectives on the ongoing lawsuit against SEC, asserting a victory due to the level of breakthrough the blockchain company has hit over the recent time.

It is worth noting that the case was a result of the SEC tagging Ripple’s XRP as security which has led to the rejection of Ripple by many exchanges, saying that the SEC could penalize them for trading XRP.

The blockchain company has also filed a summary judgement against SEC, saying they should get rid of the case and declare XRP, not security.

It is worth noting that a lot of companies have requested to file in favour of Ripple in the ongoing lawsuit which the SEC went against the filing of third parties.