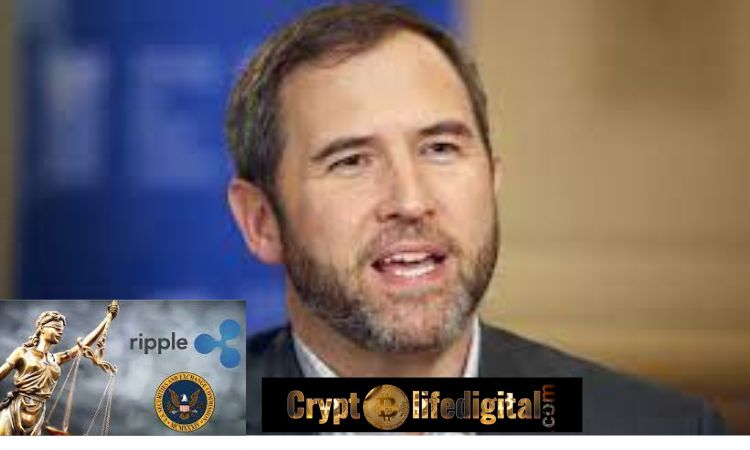 It is a thing of joy to have a glimpse of getting the long-awaited Hinman document which has been a strong point of dispute between the Ripple and US commission, but seems the Ripple CEO discovers something in the dark as he said “don’t believe them”.

While the matter on the Hinman document is being celebrated by Ripple’s proponent, Brad Garlinghouse has come out with another point of view saying that the Securities and Exchange Commission (SEC) for trying to deceive the public into having a particular idea about the agency.

As stated by the Ripple CEO, Brad Garlinghouse, the SEC’s decision to hand over the document to the leading blockchain company is a trap to give the public the view that it cares about “disclosure, transparency, and clarity.”

Garlinghouse said further; “Don’t believe them. When the truth eventually comes out, the shamefulness of their behaviour here will shock you,”

The response of Garlinghouse came as a comment to the reaction of Stuart Alderoty’s excitement after hearing that the document will finally be released.

“Over 18 months and 6 court orders later, we finally have the Hinman docs (internal SEC emails and drafts of his infamous 2018 speech),” Alderoty said.

However, the Hinman document is still sealed as requested by the SEC. There is every probability that Ripple will eventually disclose the opinion of internal SEC staff when Hinman was drafting the speech, which saw him declare Ethereum as non-security.

Furthermore, the blockchain company believes that there is no way the document will be compiled without mentioning the matter about Ripple’s XRP which created headlines for the token then.

Read Also: How effective are the crypto market makers to startups?

Following the order by Judge Analisa Netburn, the former US prosecutor, attorney James Filan, made it known clearly that the SEC might be reluctant in releasing the document in three ways which include;

But then to the greatest shock of all, the SEC chose any of the highlighted possibilities, it chose to hand over the document.

According to the attorney John Deaton’s tweet, SEC referred to the document as Ripple’s summary judgement motion.