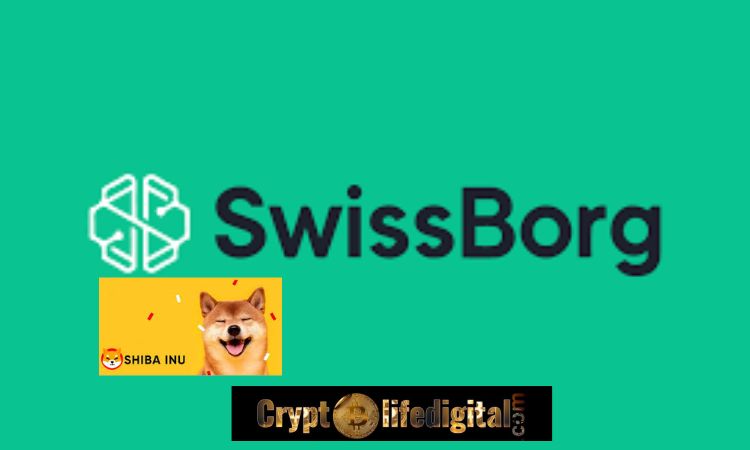 Despite the current crypto market price, Shiba Inu has not ceased to break ground in the adoption by various platforms and project building, the recent update unveiled that top Swiss cryptocurrency platform Swissborg recently included the token in its trading platform.

The new development was revealed on the Twitter handle of the exchange, SwissBorg.

SwissBorg noted; “Woof Alert: the long-awaited (by some) listing of Shibtoken is here,”

It is worth that SwissBorg operates a hybrid cryptocurrency service for its large user base, revealing that the decision to list SHIB was incited by its growing community. It appears there had been massive demands for the asset on the platform.

Read Also: How effective are the crypto market makers to startups?

For clarification on the reason why the platform listed Shiba Inu in the first place, the platform further shared an official link to an article disclosing important information on Shiba Inu to highlight the significance of listing the asset.

The SwissBorg revealed a Play-to-Earn guest initiative on its dedicated Discord channel for SHIB proponents as a matter of appreciation.

The enlisting came as a big positive hit for the whole Shiba Inu community as the excitement comment has been rolling in since the update showed up.

The platform is founded as far back as 2017 by entrepreneurs Anthony Lesoismier and Cyrus Fazel. It is worth noting that the platform has since then grown tremendously to bring in many crypto services for its users as it looks forward to building a very firm and hybrid cryptocurrency application.

Given this, the platform contributed over $53 million in sponsoring the launch. After this, the platform has moved up to creating a crypto challenge app which accommodates over 247K players, and a Smart Yield feature that enables users to earn yields in different cryptocurrencies.

Nowadays, the Shiba Inu gathers a series of adoption, two weeks before this time, Seychelles-based cryptocurrency exchange BitMEX added its support for the token.

Despite the various listing Shiba Inu has secured, the community still clamour for the listing of the Shiba Inu Ecosystem token, Bone ShibaSwap on the Binance which currently awaits a response.