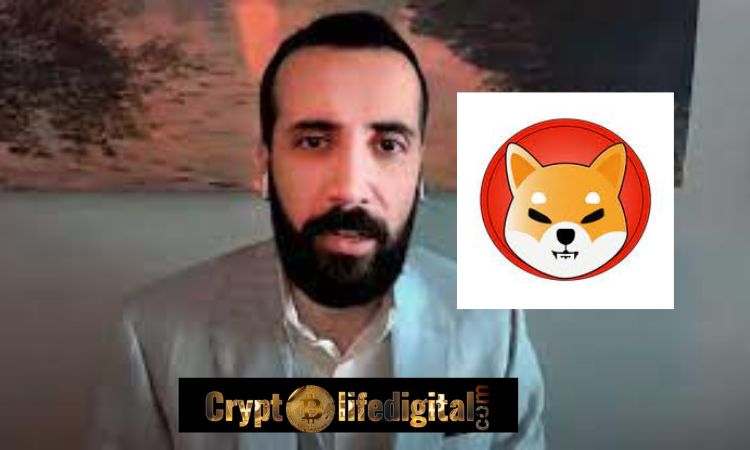 Veteran David has placed a bet on the Shiba Inu token saying that in the next bull run, Shiba Inu will be having a massive spike than expected

As David gokhshtein is popularly known for analyzing the general crypto market, he recently got a microscope to know every move of SHIB.

“Everyone is beefing and I’m like thinking DOGE and SHIB going to go parabolic during the next bull run,” Gokhshtein noted in a statement from his official Twitter handle on Thursday.

It is worth noting that David Gokhshtein has been so much into SHIB in the same Elon Musk is into Dogecoin as he has seized every opportunity to endorse Shiba Inu despite the effects of the bearish atmosphere on the asset.

Recall that David recently shared his regret for not giving it all on SHIB according to his recent tweet.

He tweeted; “When it came to meme tokens, should have just gone all in on SHIB,”

While the Veteran continually endorse the SHIB, he also stood as an advocate for the SHIB in his recent interview.

He recently spoke with UToday in an interview discussing a series of crypto assets and his stance on the markets while doing this, David Gokhshtein commended the Shiba team on the developments put into the project, which have ensured its survival, especially in this bear market.

He noted; ‘When it first came out, I wasn’t interested, cause I’m like, “We already have Dogecoin, and Dogecoin effectively did a great job at that point, in 2021 with the whole meme economy,”

And further said he admitted that he was advised to invest as little as $500 in SHIB which he blatantly refused.

“I didn’t go in; I was a purist and wasn’t open-minded, but then I became open-minded,” he added.

Shiba has been attracting much attention of late as developments see an uptick.

“I think the Shiba dev team has done a great job building.”

He also said;” I’m very bullish on SHIB. I hold SHIB by the way, but I’m very, very bullish. I like the community. They’re tough, a tough bunch of people. They went in, obviously, to make money, but they stayed because they’re in love with the ecosystem.”

Shiba Inu Is rated The Second Most Secured Asset

Per recent CertiK data, Shiba Inu obtained a trust score of 93%. Shiba Inu is only behind Ethereum scaling solution Polygon in the CertiK security Leaderboard. The cryptocurrency is ranked ahead of other top cryptocurrency projects such as Aave (AAVE), ApeCoin (APE), Decentraland (MANA), PancakeSwap (Cake), and Axie Infinity (AXS).

It is worth noting that SHIB has steadied itself at the $0.000010 support, only dipping below it last week before summarily seeing a rebound. The asset is currently changing hands at $0.00001002, down 1.3% in the past 24 hours.