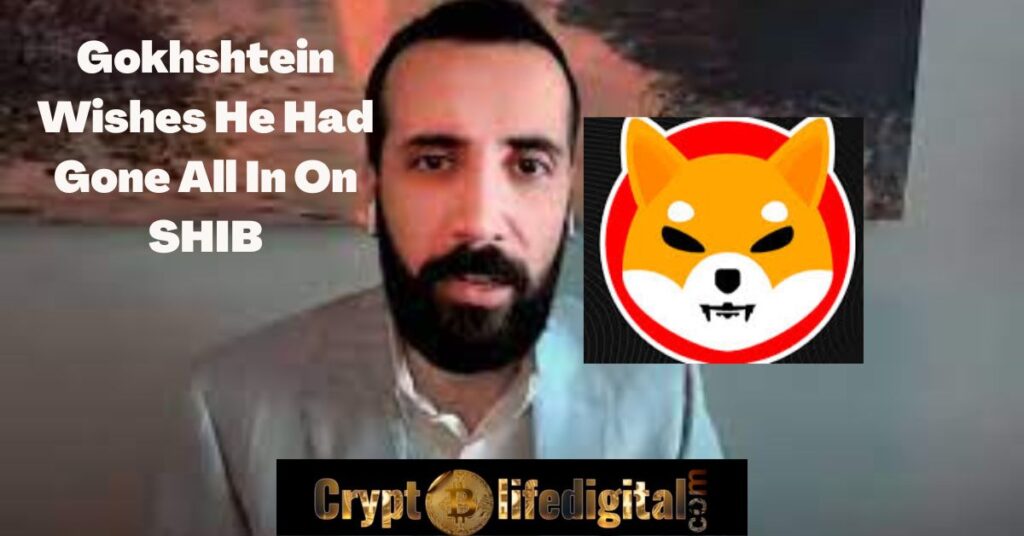 A crypto veteran and founder of Gokhshtein Media, David Gokhshtein recently tweeted that he wishes he had based his crypto investment on the SHIB solely other some other coins, as he noted in his recent tweet that “When it came to meme tokens, I should have just [gone] all in on SHIB,”

Gokhshtein Wishes He Had Gone All In On SHIB

As the word Going all in implies, it means putting someone’s whole funds into something if it deals with the investment. In this case, Gokhshtein wished he had committed all the funds he invested in other meme tokens into Shiba Inu.

However, there is no reason for the veteran to say much but the recent developments happening in the SHIB ecosystem could be a factor backing Gokhshtein’s comment.

Recently, Shiba Inu has been doing great in the market generally as the team behind the meme is working ceaselessly to shed the meme nature from the token and transform it into a token with a lot of use cases.

Aside from this, the veteran has been putting eyes on the SHIB token for a long and also he has once commended the SHIB Army for their craze burn.

On this premise, the Shiba Inu team has been focusing on building the ecosystem by building a series of projects on it. For instance, the metaverse recently got Canyon Art which has a resemblance with the former Rocket Pond and WAGMI artwork. It was reported that its inspiration was all gotten from USA locations.

Read Also: Charles Hoskinson Highlights Why XRP Is Not A Security, Blatantly Against SEC’s Point Of View

Furthermore, the Shiba Inu game has been made available for users across the globe to download on both Android and iOS versions.

As promised by the lead developer, Shytoshi Kusama, saying the for ease the players of the game, he said he will release the game’s guide which he said in the AMA yesterday that had been fully compiled but is presently under correction. The team said that the guide will be released in space of 48-72 hours.

Aside from Shiba Eternity and Metaverse Visuals, the team is also working on a stablecoin, a Layer-2 network, among other projects; thus, Shiba Inu ranks as one of the top crypto coins.