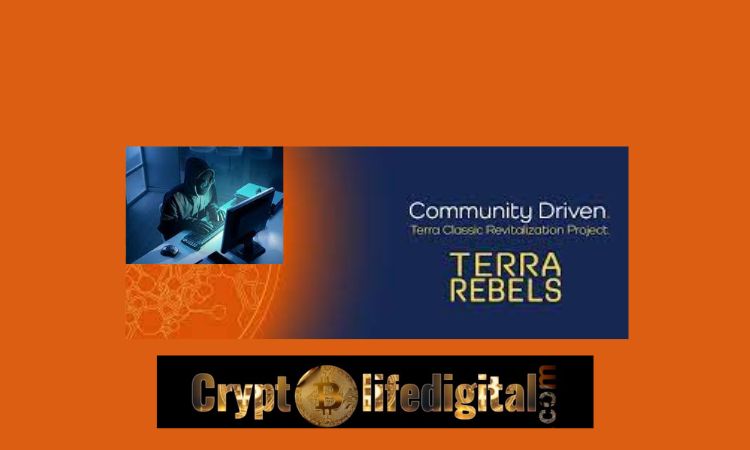 The recent tweet shared by Terra Rebel, sounding a note of warning to its community of a token, named Interchain DAO Coin (IDC), hijacked its logo to mislead investors into believing that the Terra Rebels are behind the cryptocurrency.

Terra rebel, a decentralized group focused on reviving the Terra Classic ecosystem, further revealed that the token is currently circulating in the Cosmos network and other markets. Terra Rebels used the tweet to deny affiliation with the fake coin team that launched the crypto.

“PSA to LUNC Community A Dao coin ‘IDC’ is floating around the markets and cosmos. The logo has been hijacked in attempts to mislead. This is NOT a TerraRebels token nor does TR have a token. We encourage old and new investors to practice and conduct  Diligence”

Aside from the warning sounded by the Terra Rebel, another prominent member of Terra Rebel reiterated it, describing the token as a rug in waiting.

Read Also: Cardano To Roll Out Midnight, A Data Protection-based Blockchain For Developers And Humanity

reXx tweeted; “There is a token name “interchain dao coin” “IDC” floating around somewhere on the markets and cosmos. It seems they have stolen the Terra Rebels logo to mislead people. This is NOT a Terra Rebels token. Please be vigilant and always do your DD. This seems like a rug in waiting.”

Notably, the teams behind the false token usually do this to draw the attention of the potential investor, the reason for putting the Terra Rebels logo on the token is to confuse the Terra Classic investors into buying the token.

It is worth noting that many unsuspected Terra Classic investors would have gone for the token, thinking it has some correlation with the Terra Rebels because of the logo. However, past events have shown that it never ends well for people who invest in these projects, as they will most likely become victims of a rug pull.

It is no doubt that the Terra Rebel has been working tirelessly both to make the LUNC token a better market and also to wade off the impact of perpetrators.

The idea of LUNC came up immediately after the May collapse which lead to the crash of the LUNA and its stablecoin. Due to the crash, there was a multi-million funds loss.

Since this time, some parts of the community including the Terraform CEO decide to go for another token while the rest of the community set about reviving the former token but renamed it to Terra Classic, LUNC.

After this strong decision by the rest of the community, there have been a lot of proposals set in place to boost the price crash price of the LUNC via burning and also staking.

Many exchanges have been strong proponents of the burning proposal by implementing it on their trading platforms.

Binance has been a strong hand in the ongoing burning proposal by burning LUNC tokens with roughly 13.7B of the total 28.01B LUNC incinerated. The world’s largest cryptocurrency exchange burned the tokens via the fees obtained from LUNC trading activities on the platform.

Also, Terra Rebel recently designed a lottery game which will reward the winner and also enhance the LUNC burning. Notably, after a series of burning, the circulating supply of LUNC has been reduced from a whopping 6.9T to around 5.997 trillion.