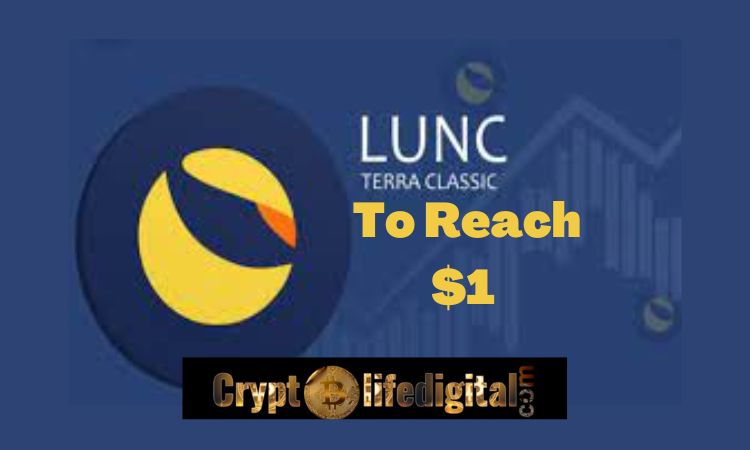 It is no doubt that the Terra Classic (LUNC) almost reach the climax of its development and has almost recovered from its downfall which happened in early May. The incident led to the loss of multi-million of funds from the investors and the situation made the community file a series of lawsuits against the executives of the Terraform labs.

With the look of things, everyone is looking forward to having the Terra Classic set the lead for every other blockchain company as they already invading social media, breaking ground across the platforms. It is no doubt that the tremendous breakthrough of the LUNC token began following the May collapse mentioned earlier. The community was split into two in terms of the decision, one group including the Terraform Labs CEO thought that the token should be forked while the remaining proved die-hard to the former token that they would do all it will take to bring the coin to its feet again.

In doing this, they have to rename the coin from LUNA to the LUNA classic and since this time, a series of measures have been put in place by the community to make sure the coin got revived. For instance, a series of burn proposals have been designed by various authors to consume LUNC daily so that the circulation supply could reduce to a very minimal amount, consequently leading to a spike in price.

For many community members, LUNC reclaiming the $1 price point is not just a huge milestone but also significantly feasible. At least, that was the narrative fueled by influencers when the community took over the chain.

The Shiba Inu case is a good example of the path that resembles the current path of LUNC. In 2021, Shiba Inu gained a whopping 45,000,000% in a year in a meteoric rise fueled primarily by its vast social media following, exchange listings, and a decentralized exchange launch, all supported by a very bullish crypto market environment.

The meme coin did this with a supply of 1 quadrillion. In comparison, LUNC only has an over 6 trillion supply.

With this, little token compares to the whopping of Shiba Inu, one can boldly say that LUNC is in a better position with its strong social media following and developers that have clearly outlined a focus on utility. However, the road to such a meteoric price run is not without hurdles. The question is how can the influence of LUNC spike more?

Read Also: Ripple And SEC Have Commenced Filing Reply Briefs For Summary Judgement. What Is the fate Of Ripple?

The above question can be perfectly answered when taking the bearing from the real-world utility or use case. The above approach is the heart of the developers while some of the users believe this could be possible when the intensity of the burn is increased. The latter approach could only end LUNC in a meme position while the real-world use cases are likely to ensure the chain’s sustainability regardless of price.

One of the core developers, Tobias Anderson, recently worked on a proposal which permits the community to burn some quota of their transaction as a means of getting the supply reduced.

It is worth noting several LUNC and USTC holders lost fortunes in the ecosystem collapse. Consequently, it is unsurprising that they are impatient for results. However, as highlighted by David Goebel, a network validator per a recent report, rebuilding takes time.

According to the analyst, relying only on the tax burn will be of great impact on the LUNC network only after over 50 years and that will be the time the vision of $1 per LUNC could be feasible. Buttressing this, TerRarity data gave a concise analysis.

The community of Terra Classic is without a doubt developing faster and more than most of the chains in the crypto industry. The network upgrade is to be expected this month and also the Re-opening of Inter Blockchain Communication this same month as the proposal was recently passed to re-open it ahead of the V23 upgrade. It is worth noting that the series DApps has been rolling in ahead of the network upgrade. For instance, the Moonshot and TerraCasino have contributed tremendously following the landing on the Terra Classic network.

However, how they navigate their current challenges will greatly impact the possibility of a meteoric LUNC price surge.