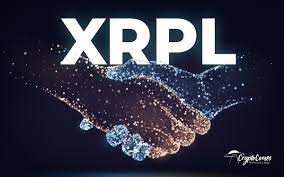 Per Whale Alert, XRP Whales have been moving a massive amount of XRP lately following its recent rally.

Over the 24 hours, Whale Alert noted that the high net worth XRP investors have moved a combined 395,223,746 (395.2million) XRP worth $197.61 million, having the largest transfer to be 132 million XRP, valued at around $61.93 million at the time of the transaction, were sent from one unknown wallet to another in the past 24 hours.

Read Also: A Prominent YouTuber, Ben Amstrong Pinpoints That XRP Rallying May Be A Clear Indication That SEC Will Give Up Trying To Prove XRP Is A Security

Details Of The XRP Whales’ Transaction

Read Also: Six Dogecoin Whales Jointly Purchased A Whopping 620 Million Worth About $37.2 Million, Dogecoin Spikes By 5.13% Over the Past Week

A popular YouTuber Ben Amstrong has taken to his Twitter handle saying that the XRP is rising for many reasons. He further said that Ripple’s token has spiked over 50% in the past 7 days because the Securities and Exchange Commission (SEC) has given up on its quest to prove that the coin is a security.