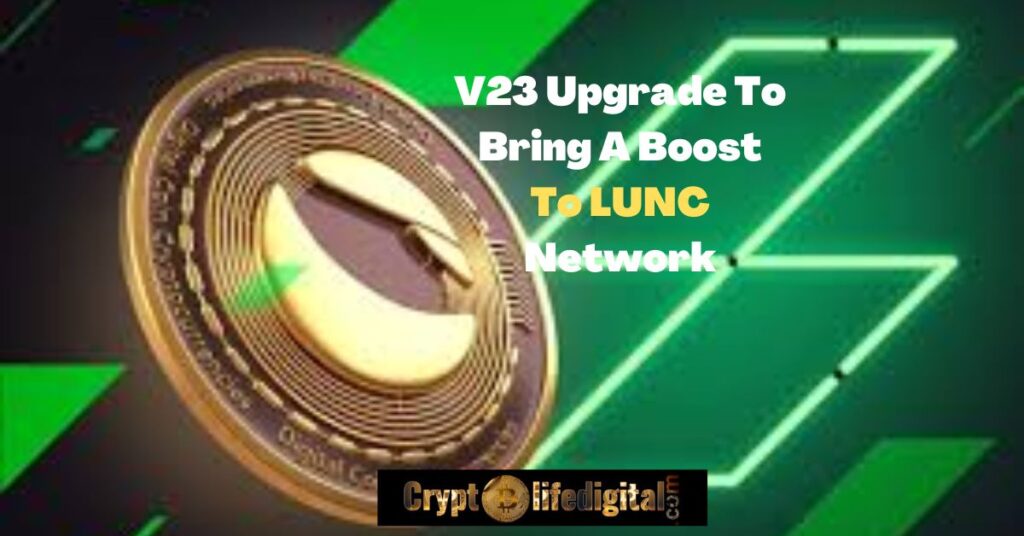 In a recent tweet shared by a LUNC developer, Raider unveiled that the Terra Classic v23 upgrade would make the Terra network completely inter-functioning with other Cosmo chains as it is made up of the CosmoWasm upgrade.

V23 Upgrade To Bring A Boost To LUNC Network

This is done to bring a large network boost to the LUNC Cosmo Interoperatibility as it CosmoWasm is a library made up of standard codes for contract building.

Raider noted in the tweet that “Only after the TR v23 release containing the CosmWasm upgrade will Terra Classic become fully interoperable with other Cosmos-based blockchains,”

The idea of the v23 upgrade once unveiled far back as August this year, revealing the framework of what the upgrade will cover, authored by the core development team comprising Edward Kim and Tobias Andersen, AKA Zaradar. It is expected to roll out in December. Version 22 of this upgrade was launched in August ending when the staking was re-introduced.

It is worth noting that the LUNC network came as a Cosmos chain, however, Inter Blockchain Communication (IBC), which allowed Cosmos chains to interact, was disabled during the Terra ecosystem collapse to prevent impermanent losses.

Read Also: Ethereum Now Tops The List Of The Most Staked Crypto Assets

It is good to know that the team behind the LUNC coding, Terra Rebel, are currently working on re-enabling the IBC protocol and sought the help of the Cosmo developer, Jacob Gadikian.

Even before this time, one of the LUNC developers has assured the community of the coming boost in the number of projects building on the network as a result.