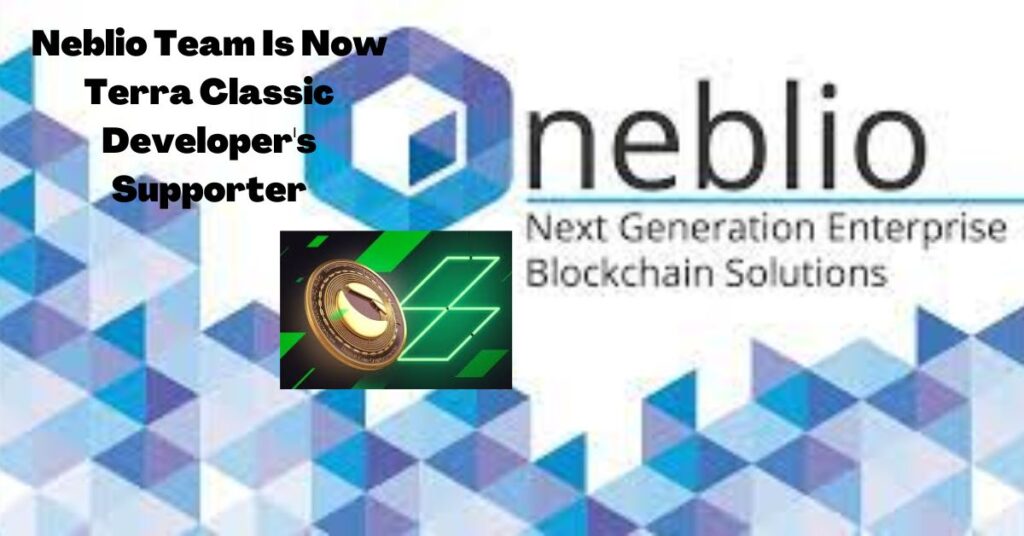 In a recent tweet shared by Neblio, a leading enterprise blockchain announced its partnership with the Terra classic blockchain.

The idea of the partnership is for Neblio to be the network advisor and supporting arms for the developers’ team in infrastructure and finance.

Read Also: Charles Hoskinson Highlights Why XRP Is Not A Security, Blatantly Against SEC’s Point Of View

Neblio noted; “Terra Rebels is proud to announce that NebliTeam has become our Official Supporter, providing infrastructure, financial & advisory support to help us deliver on our core mission to maintain the Terra Classic blockchain on behalf of the Terra Classic Community,”

As said earlier Neblio is a leading enterprise blockchain platform designed to make the development of decentralized applications (DApps) simple and more also, it will also make provision the necessary support and consultation services for the LUNC chain.

Via this partnership, there are several benefits Terra classic stands to gain which include; 1. Incentivization of the decentralized application development, 2. It will also create financial incentives which can attract new development talent, and 3. It will help tackle some related problems faced by the developers.

It is worth noting that the next network upgrade, v23, will bring a drastic positive change to the LUNC network more than the former one that happened far back as August 2022.

Many have somehow named the network a ghost network saying they lack functional decentralized applications, although this seems not to be true as the network is currently having about 18 dApps actively launching on the chain.

The long-awaited Zaradar’s Terra Classic Re-Peg proposal came to the surface some days ago and was commended to be good by some of the community members as the latter proposal will not be requiring the community to mint a new LUNC token like that of Alex Forshaw’s.