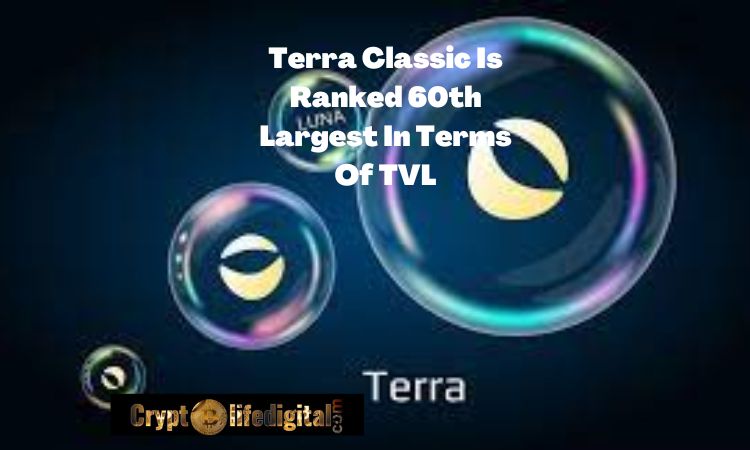 The effort of the Terra Classic has begun to surface as the LUNC tokens now rose to occupy the 60th position as n noted by the Cosmo Daily and on the same premise the data revealed its total value locked (TVL) to be at the level of 12.36 million.

It is surprising to see the community-called wounded LUNC token suddenly become popular in the crypto industry. It is worth noting that the community has been on the move to get their token back on track following the May Terra collapse.

Terra Classic Is Ranked 60th Largest In Terms Of TVL

The new development was shared on Cosmos Daily’s Twitter handle saying that the token has got its TVL hit the very 12.36 million points while it spike to occupy the 60th position.

Although the Terra TVL was very great until the recent collapse which crash the whole thing down this recent spike is nothing to be compared to the former but it displayed its display growth and recovery.

It is worth noting that the community has been working to see the LUNC token coming back alive since the collapse and given this, a series of technics has been put into place just to make the plan a reality. For instance, the community launched a LUNC 1.2% tax Burn proposal on the 20th of September, 2022 and has gained support from many exchanges like finance, Kucoin and some others.

Furthermore, the community member named CEO is called via Twitter to engage in the burning of $1 worth of LUNC to enhance the reduction of the total supply.

In a recent tweet, the team behind the LUNC chain took to Twitter, commending the effort of the developers and validators who have put it upon themselves to monitor the activities on the LUNC network via the installation of the Cosmo chain patch.