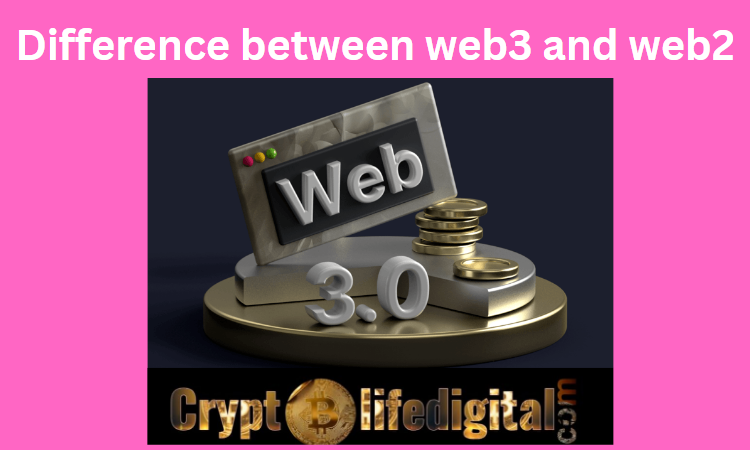 The question that newbies always asked in the digital world is; what is the difference between web 2.0 and web 3.0? Does web 2.0 have the same features as web 3.0?

The virtual world is filled with different ideas for the development of this era, and also to make life easy.

to be on the safe side of the emerging digital world, it is important that any newbie should learn the concept and scope of any new ideas as they come.

There is a substantial disparity between web 3.0 and web 2.0, but the concept of web 3.0 cannot be understood without looking at the features and functions of web 2.0.

The digital activities in web2 began in 2004 and since then have been dominating the internet.

Also, web 2.0 devices a means of interaction between the creator and the readers by means of a comment section. It means allowing the flow of information in the digital space.

Although web 2.0 has excellent features, some of the site owners and big tech companies use customers’ information to create advertisements. Doing this is a breach of data privacy law.

These giant tech companies have control over whatever their user see, and do on the internet, they can decide to delete any post depending on how it suits their desire or they can choose when to fulfill the user’s desire.

Although a lot of people are content with the limit that is set between users and bit-tech companies, some of it users have developed a desire to experience more.

Some user wants to have control over their data and content, and the desire to have a monopoly over personal data triggered the emergence of web 3.0.

In a simple definition, Web3 is designed to make life easier for its users. Web3 aims to override the existence of difficulty, distrust, and security of the internet user.

The term is used to refer to the new generation of the internet that gives attention to decentralization, which is a system of transactions that does not require third-party involvement.

However, the world of cryptocurrency helps to foster the problem of ownership and how data can be controlled which will help in facilitating cryptocurrency transactions.

Web 3.0 emerged from the desire to tackle the lapses of the internet user, to make the user experience easy and enjoyable.

The Name W.0 was first mentioned by the inventor of the World Wide Web (WWW), in one of his speeches in 2006.

He called web 3.0 autonomous, intelligent and open internet, the term became more popular that same year, because of a blog article by Zeldman a New York Time Journalist.

Some of the features that make web 3.0 different from others are:

The significant difference between the two-internet age is that web 2.0 operates on the substrate of centralization, thereby restricting users from involving in the process of its operation.

Web 2.0 gives internet users limited access to explore the internet, it restricts them from taking control of their data.

In web 2.0 the security of data can easily be controlled by giant tech. companies that act as third-party operatives to users.

In Web 3.0 the whole of the system is strictly decentralized, this is because it is built on blockchain technology.

It allows users to have direct access to their data and content. It breaks the barrier of limitation for internet users, users can have control over their data.

The concept of decentralization was made possible in the new generation system of internet operation so that internet users will perform transactions without fear of data breach and some level of security mindset.

Read Also: The future of the internet with Web3

The major reason for the emergence of the Web. 3.0 is to introduce data security, eradicate third-party involvement, and give the user full control during and after their internet experience.

Although internet security cannot be guaranteed one hundred percent, it is important to make use of any opportunity that tends to suggest how to minimize loss and maximize profit with full control of your assets.